Netherlands - family travel in the North 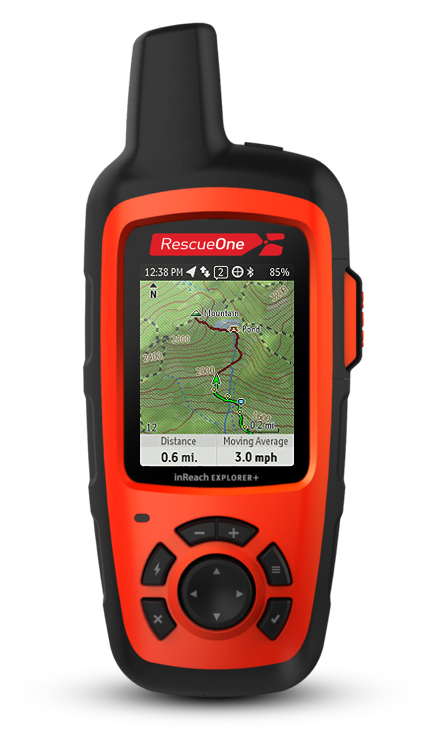 General and important info about Netherlands

The weather is very unpredictable in Holland. It's important to check websites with weather information in the days before your travel, to understand which clothing to take and if certain places/activities to visit might be unavailable because of the weather. We traveled in February (can be plus ten Celcius, but also minus ten Celcius) so we knew many tourist attractions would be closed because of the winter season and so we had to find places that would be open, not too expensive and interesting for two teenagers.
During our ten day visit in February temperatures varied between zero and plus six, with one day of snow. We brought wool hats and gloves from Israel with us (very handy).

Public transport is very expensive in Holland and not advisable for families. We checked Israeli internet travel agencies and choose the cheapest and booked a car for 10 days (280 euros at ISTA). When we arrived at Schiphol airport our (new) car was waiting for us. We tanked twice during our ten day travel.
The roads were also during the snowy days clean as the Dutch spray the roads with salt so keep them ice- and snow free. We didn't have any problems on the roads because of the weather.
If you go in warmer seasons as spring and summer, you can also rent bikes. The province of Drenthe has most bicycle paths in all of the Netherlands, many of them crossing beautiful forests. Local tourist information centers provide maps with planned bicycle tours trough the most interesting sites and villages of Groningen and Drenthe.

Also our cabin we booked already in Israel by browsing websites and comparing prices (for example http://www.bungalows.nl). Sometimes the difference between the same type of bungalow at the same holiday park can be 500 euros! (depends also if you rent straight from the park or from a private cabin-owner owning a cabin at the same park). We found online a budget bungalow for six people in Exloo for ten days that costed 320 euros, all in (parc Hunzebergen)! (bring your own bedding as sheets and pillow covers and towels). Check if you rent a cabin if there are no additional costs (tourist tax, cleaning costs, bedding costs, deposit etc.). These additional costs can be 100 euros! Our cabin was "all-in".
Our Cabin had a fully equipped kitchen. A supermarket was close by in the village of Exloo. If you go in winter like we did, it's wise to check if your cabin has heating in all rooms (included bedrooms).

The currency in Holland is the euro, which is easy if you want to make a day trip to Germany, which also uses the euro. On Sunday shops are closed but tourist attractions are usually open. Also there are "shop-sundays", usually once a month when all stores are open.

Bourtange is a fortified village from the 80-year War, in the Westerwolde region of the Dutch province of Groningen. It is a part of the municipality of Vlagtwedde, and lies about 32 km northeast of Emmen. Fort Bourtange was initially built during the Eighty Years' War (circa 1568–1648) when William I of Orange wanted to control the only road between Germany and the city of Groningen which was controlled by the Spaniards. Around 1960 living conditions in the village deteriorated and it was decided that Bourtange would be rebuilt to its state of 1740-1750. Today it is an open air museum. In 2001, the town of Bourtange had 267 inhabitants. Entrance to the village is free. Some of the musea (the captains house and the synagogue) were closed when we visited.

From Bourtange we visited Ter Apel. Ter Apel Monastery, built in 1465, is a former monastery in the village of Ter Apel in the northeastern Dutch province of Groningen. It is the only monastery in the larger area of Friesland and Groningen that survived the Reformation in a decent condition, and the only remaining rural monastery from the Middle Ages in the Netherlands. Check opening hours online (http://www.kloosterterapel.nl/...).

From Ter Apel we crossed the border into Germany (no passport checking) and drove to the city of Haren (you can also continue to the larger town of Meppen) for some sightseeing and shopping.
From Haren it's not far back to our cabin in Exloo.

Orvelte is a village in the Dutch province of Drenthe. It is a part of the municipality of Midden-Drenthe, and lies about 18 km northeast of Hoogeveen.
Orvelte presents itself as a museum village. There is a saw mill, a blacksmith and a wooden shoe maker, all open to the public (some ask an entrance fee). In Orvelte live less than a 100 people. A number of events are held throughout the year featuring traditional Dutch activities.
The statistical area "Orvelte", which also can include the surrounding countryside, has a population of around 220. Not all houses are open outside the season (april-october), but we, visiting in February made a nice walk trough the village and had some hot drinks and cakes in the traditional village cafe (kids loved).

From Orvelte we drove to Westerbork.
The Westerbork transit camp (Dutch: Kamp Westerbork, German: Durchgangslager Westerbork) was a World War II Nazi refugee, detention and transit camp in Hooghalen, ten kilometres north of Westerbork, in the northeastern Netherlands. Its function during the Second World War was to assemble Roma and Dutch Jews for transport to other Nazi concentration camps.
In the 1970s the camp was demolished. Near the site there is now a museum, and monuments of remembrance of those transported and killed during World War II. The camp is freely accessible.
The Westerbork Synthesis Radio Telescope (WSRT) was partially constructed on the site of the camp in 1969.
Information on opening hours of the camp (http://www.kampwesterbork.nl/e...).
The walk from the entrance of the park to the memorial site is a few kilometers! You can not take the car (disturbing the radio telescopes), but there is a park shuttle bus. We walked the path and took the shuttle bus back (1.50 euro per person)

From Westerbork we drove back to the cabin in Exloo, trough the little villages as Rolde and others, instead of taking the highway.

For our visit to Groningen we took a day apart.
Groningen is the capital of the province of Groningen. Parking in the city is expensive and can be 20 euros for a day, so we parked the car at the Ikea (breakfast for one euro) on the outskirts of the city for free and took from there the P&R bus (5 euro per family). The P&R (park and ride) bus takes you to the center of the city in less than 10 minutes.
With a population of around 190,000, it is the largest city in the north of the Netherlands. Groningen is a university city: the University of Groningen and Hanze University of Applied Sciences each have about 25,000 students.
The historic university building is worth to visit.
The most important and most famous museum in Groningen is the Groninger Museum. With the construction of its current building, designed by Alessandro Mendini, the museum has been transformed into one of the most modern and innovative of its kind in the Netherlands. In addition, the city also has a maritime museum, a university museum, a comics museum, a graphical museum and a tobacco museum.
At the center of the Grote Markt (Great Market) is the Martini church with tower (which you can climb, check for opening hours the tourist information - VVV - next to the tower).
The Grote Markt (great market) and vismarkt (Fish Market) have almost daily a large market.
Groningen also has many restaurants and a large shopping center (the girls loved it).

Assen is the capital of the province of Drenthe. Restaurants, shoppingcenter.

On the way to Assen we passed the village of Borger. Borger has one of the largest Hunebeds (dolmen) in Drenthe (Drenthe has hundreds of them). A hunebed is a megalithic thomb.
A dolmen, also known as a portal tomb, portal grave, or quoit, is a type of single-chamber megalithic tomb, usually consisting of three or more upright stones supporting a large flat horizontal capstone (table), although there are also more complex variants. Most date from the early Neolithic period (4000 to 3000 BC). Dolmens were usually covered with earth or smaller stones to form a barrow, though in many cases that covering has weathered away, leaving only the stone "skeleton" of the burial mound intact.

In Borger there is a museum center build next to the large hunebed. For information visit their website: http://www.hunebedcentrum.eu/e...

If you have an evening flight back to Israel like we did, you have a full day to spend on your way back to Schiphol and you can choose to visit the province of Holland (Amsterdam and surroundings) like Volendam and Marken for example. We chose to visit the Zaanse Schans (free entrance, but paid parking), but also Castle Muiden in Muiden (Muiderslot) is a great choice for a family visit!

The Zaanse Schans has a collection of well-preserved historic windmills and houses; the ca. 35 houses from all over the Zaanstreek were moved to the museum area in the 1970s. The Zaans Museum, established in 1994, is located in the Zaanse Schans.
The Zaanse Schans is one of the popular tourist attractions of the region.

From the Zaanse Schans (close to Amsterdam) we drove to Hoofddorp for a meal and from there to Schiphol airport.